The world today is faced by many issues, from natural calamities to financial struggles and even insecurity. It may not be felt in all parts of the world, but religious extremism is one such issue that the world is grappling with right now.
Religious extremism is considered as when a group or person considers their religion to be superior and that those who do not subscribe to it deserve to face some penalty of sorts.
The world has universal laws which set the standards for the freedom of religion and belief, especially, for the protection and promotion of the identity of religious minorities.
Article 18 of the Universal Declaration of Human Rights states that 'Everyone has the right to freedom of thought, conscience and religion; this right includes the freedom to change their religion or belief, and freedom, either alone or in community with others and in public or private, to manifest his religion or belief in teaching, practice, worship and observance.'
In Kenya, Christianity has been the predominant religion for many years; however that does not mean that the other minority religions have been discriminated upon. In fact, the Constitution of Kenya in Article 32(1) states that 'Every person has the right to freedom of conscience, religion, thought, belief and opinion.' The same Article in sub-article (4) emphasizes that 'A person shall not be compelled to act, or engage in any act, that is contrary to the person's belief or religion.' The Constitution also in Article 27(4) states that 'The State shall not discriminate directly or indirectly against any person on any ground, including religion...' These have been seen peaceful co-existence of members of all religions represented in the country over the years.
However the situation has not been as calm as it was in the past; especially in the coastal town of Mombasa. This is a town that has a large population of Muslim believers and there have been reports of rowdy Muslim youth attacking people and causing chaos in the city. There have been reports of churches torched and even some religious leaders killed as well. Most of these attacks are viewed as revenge attacks by Muslim youth following killings of some of their religious leaders.
The state of insecurity has raised concern especially since most of the perpetrators are suspected members of terrorist groups.
The government has in turn warned of escalating extremism among Kenyan youths who are keen to join terrorist groups like al-Shabaab and hide behind religion. Reports indicate that some of these extremists are recruiting and indoctrinating naive youth to accept terrorism as a calling and a career.
A mosque in Mombasa was raided by police and reports state that a group of radical youth were arrested for questioning after the police found and confiscated documents and items which included rifles, machetes and other iron implements, jihadist flags, stun guns, maps, information on alleged spies and terrorist training manuals among others. The attack was reportedly due to a planned jihad meeting which was meant to propagate jihadist ideologies from radicalized Muslim leaders.
This radicalism has resulted to heightened tensions in the city, causing fear among the residents. The Christians in the town are also on high alert following the protests that have in the past spilt to their places of worship.
It is however important for the root causes to be addressed to avoid an even worse scenario which could have innocent civilians suffering in the hands of rowdy, outlawed groups. These do not just affect the genuine Muslim worshippers but also affect businesses and schools.
Unemployment and lack of education are among the reasons listed to justify why most young people at the coast region are easy target for the extremists. Survey by IPSOS research firm reveals that the educated group is very small considering only 41 percent have completed primary school and even fewer have gone beyond secondary school. This means that even when there are job opportunities in the County, the beneficiaries are qualified people from other counties, hence the large numbers of unemployed and hence idle people. This has also resulted in increased abuse of drugs and other substances especially among the youth.
Sensitize through civic education is needed to explain the need for education and especially now that the government has made it achievable for everyone. The information being disseminated in places of worship should also be checked to avoid such instances of religious extremism in the County and country at large.

Top Ten Reasons The Church Is Saying NO

Thursday, 03 June 2010
By Joy Mdivo Here are the broad strokes why the church is saying No Article 2 (6) - The provision that International Conventions and protocols... Read More...
Is The Goal of Islam World Conquest?

Thursday, 03 June 2010
The following is a statement by the late Ayatollah Khomeini about the goals of Islam. Islam makes it incumbent on all adult males, provided they are... Read More...
Aftermath of the Terror Attack at Westgate Shopping Mall - Nairobi

Thursday, 03 October 2013
21st September 2013 was a dark day for Kenya, when the very popular Westgate Mall was attacked by Al Shabaab militants. The reason given for this is... Read More...
Insecurity in Nigeria

Friday, 13 September 2013
Nigeria has had its share of insecurities which have raised concern not only in the country but in the African continent and of course the world at... Read More...

A Toast to the Family 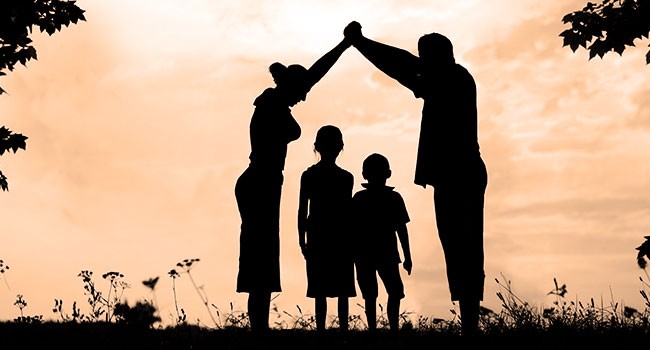 It has been an observation that every time during a long holiday, be it Easter or Christmas, there is a large traffic of people travelling upcountry. Many people travel for...